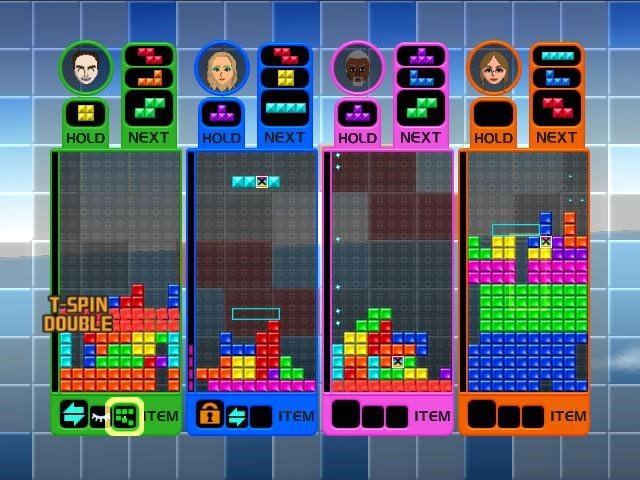 I couldn't tell you how many games of Tetris I've played in my life. There have been countless rounds over the course of my 35 years, and I know there are many more to come. Throughout those games, I've experienced some agonizing defeats and triumphant victories. While every win is exhilarating, there's one success I'll never forget. It is, without a doubt, my finest moment in Tetris.

Obviously one of the best parts about Tetris is winning, right? No one likes to come out the loser, no matter if it's against friends, family, or even the computer. Unfortunately for me, I was having a particularity rough night with Tetris a few years back. I had been playing against various family members, and I just couldn't get into the swing of things.

While there were a few rounds where I came close to nabbing the top spot, by and large, I kept finding myself at the bottom of the pack. There are times when you know it's best to step away and take a breather. You're only going to dig yourself a deeper hole. I could feel my Tetris skills simply weren't up to snuff this particular night, so I decided to pull away and gather my thoughts.

I sat back and watched the rest of my family play, all while I tried to shake the losses out of my head. Where did I go wrong? What was I doing to knock myself out of contention? As I sat in my funk, my family eventually decided to take a break for a snack. That left me with Tetris all to myself. I knew this was my perfect chance to sit down and really focus on the game.

I had cleared my mind a bit, and I was ready to give things another go. Rather than having to fight off my family once again, playing against the computer seemed like the best way to get my mojo back. I sat down, grabbed my controller, and practiced against the in-game opponents for quite some time. My practice games were going extremely well.

It seemed like my earlier losses were due to the immense amount of pressure I was putting on myself. What can I say, I take Tetris very seriously! My time with the computer was making me feel supremely confident. Now all I had to do was sit back and wait for my family to return.

Not too long after I stopped practicing, my family came back and was ready for a few more rounds. I quickly jumped up and grabbed a controller. There was no way I was missing out on this action. I sat there stone-faced, ready to let my in-game actions speak for me.

The game kicked off, and it quickly became quite an intense battle. The other players were eager to knock me out first, and I could feel it. Tetriminos were flying and garbage was piling up at breakneck speeds. Everyone playing got dangerously close to topping out multiple times. Still, they all fought back and managed to keep the game going.

Believe it or not, this single game of Tetris took over a half hour to complete. Thirty straight minutes of furious Tetris action! In order to claim victory, I knew I had to keep my cool by focusing on the spots that needed to be filled, clearing lines, and sending garbage over to my opponents. I kept plugging away, hands sweating and fingers twitching.

As the intensity grew, it became too much for one family member, and they were knocked out. It was down to three people, and my redemption was within reach. My eyes remained glued to the screen, ignoring the screams and freak-outs from my competition. A short time later, another player got ejected from the game. Now it was down to me and one other family member.

This was my moment. This was when I had to really turn things up and put the pressure on! I stacked up Tetriminos perfectly, ensuring everything was in its right place. I kept sending rounds of garbage to my final opponent with an unrelenting determination. They simply couldn't stand the heat anymore. With one final Tetrimino, I sent over a wave of garbage they couldn't come back from.

After an insanely grueling session, their Matrix filled up, and they were defeated. On a night where I started out feeling like the worst Tetris player ever, I had managed to take out my toughest competition. My family sat in shock for a few moments. The room was completely quiet, with everyone unable to fathom how they could have been squashed so thoroughly.

Those moments of silent awe were fantastic, but they didn't last long. Someone in my family blurted out a rematch request, and everyone else chimed in. They were out for their redemption now! While I was quite tempted to hop right back in and strut my stuff once more, I decided to step away. I put my controller down on the table and let my victory speak for me.

It's a moment I'll never forget. It certainly was my finest round in Tetris history. I've won and lost plenty of matches since then, and that's perfectly fine. I can still be proud of my greatest Tetris achievement, and I know none of my family members will ever forget it!

If you’re looking to create your finest Tetris moment right now, be sure to play Tetris for free right here on our website!