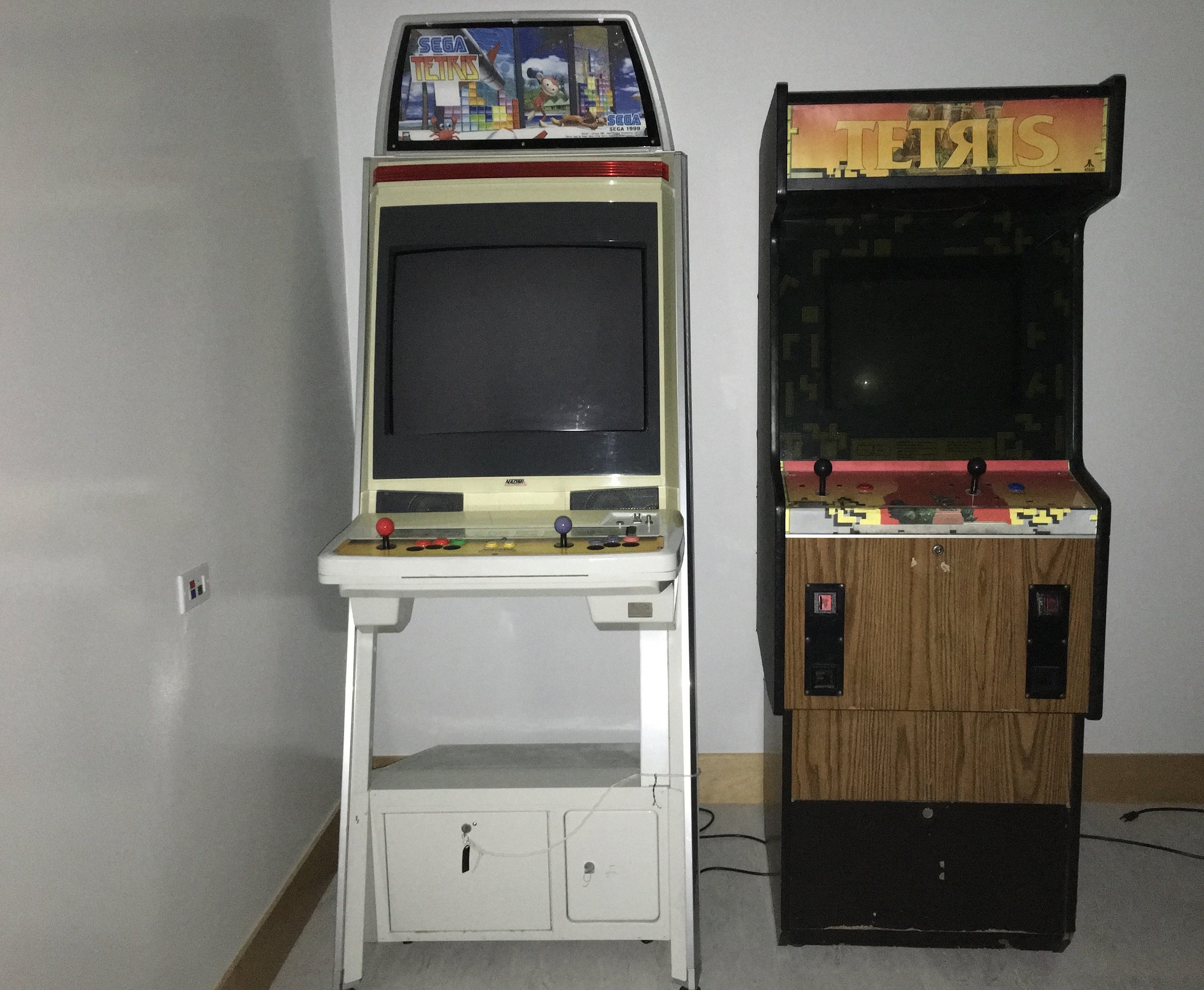 Have You Ever Played Tetris In The Arcade?

When most people think of Tetris, they remember times spent playing the game on a video game console or a dedicated handheld like the Game Boy. Nowadays, the same applies to mobile platforms too, as Tetris is readily available on all major devices. Getting in some time with Tetris is easier than ever today. The thing is, when you look back at the history of Tetris, there's one more way to play which many of today's fans might not think of!

As most of you know, there was a time when arcades were all the rage. Instead of firing up your favorite game console, you would head to your local mall for some arcade action. It was wall after wall of glowing arcade cabinets, filled to the brim with colorful games from the biggest developers. The arcade's lobby was filled with sounds from countless games, creating an unmistakable din which lives on in the minds of older gamers to this day.

Nestled in with all those arcade machines, sights, and sounds is the truly unique arcade Tetris experience. Playing Tetris in an arcade probably seems like an absolutely alien experience to most people today.

There was a time when arcades littered the landscape, giving kids and adults alike the chance to drop in some quarters and have a go at the latest and greatest games. Any arcade worth its quarters would have a Tetris machine in its lineup, and you almost always found someone trying to set the new high score. While high scores still exist in games today, they don't hold the prestige they used to in the arcade days.

There was something truly special about heading to your local arcade and seeing your name and score sitting atop the leaderboard. Three simple initials by your high score achievement was all it took to gain some respect from the local arcade crowd. Taking the top spot in your local Tetris arcade machine was an especially great achievement, considering the wide range of players who were gunning for the top.

The local competition was always fierce, and nothing today matches up to the long walk to the Tetris arcade machine to see if your name was still king above all others. The simple act of playing Tetris on an arcade machine is completely different from how we play today! Most players get to sit down on their comfy couch in front of their big-screen TV to play Tetris, complete with their favorite controller.

Tetris in the arcade was a different beast. You had to stand while you were playing, and you were forced to use the same controller every single player wrestled with. Sometimes the buttons would stick, other times the joystick would be a bit loose. There were machines which suffered a bit of burn-in on the screen due to so much time spent being turned on.

These all sound like negatives, but they're not! It was all part of the charm of arcade Tetris. You ended up getting a feel for how each arcade Tetris machine played. You learned the quirks of the older machines, and rushed to the nearest arcade with a brand-new machine to see what it felt like. Players emerged with skills to surmount all the hiccups which amassed on these machines due to daily wear-and-tear.

While the arcade Tetris in North America remained lost for a number of years, new options are starting to surface. Retro arcades are becoming quite a niche market lately. Some new arcades are filled to the brim with old cabinets, and others mix in the retro arcade fun with a bit of drinking and food. Either way, you should be able to find an option close to home.

It's certainly worth hunting down one of these locations for a bit of retro Tetris action. There's nothing quite like the experience of arcade Tetris. That was true back then, and remains true to this day. If you have the spare time, you absolutely should find a classic arcade machine for a round or two. Don't say we didn't warn you, though. After some time with arcade Tetris, you might be hitting up eBay to try and find a cabinet to bring home!

Why not brush up on your Tetris skills at home before hitting up the arcade? Play Tetris for free right here on Tetris.com!