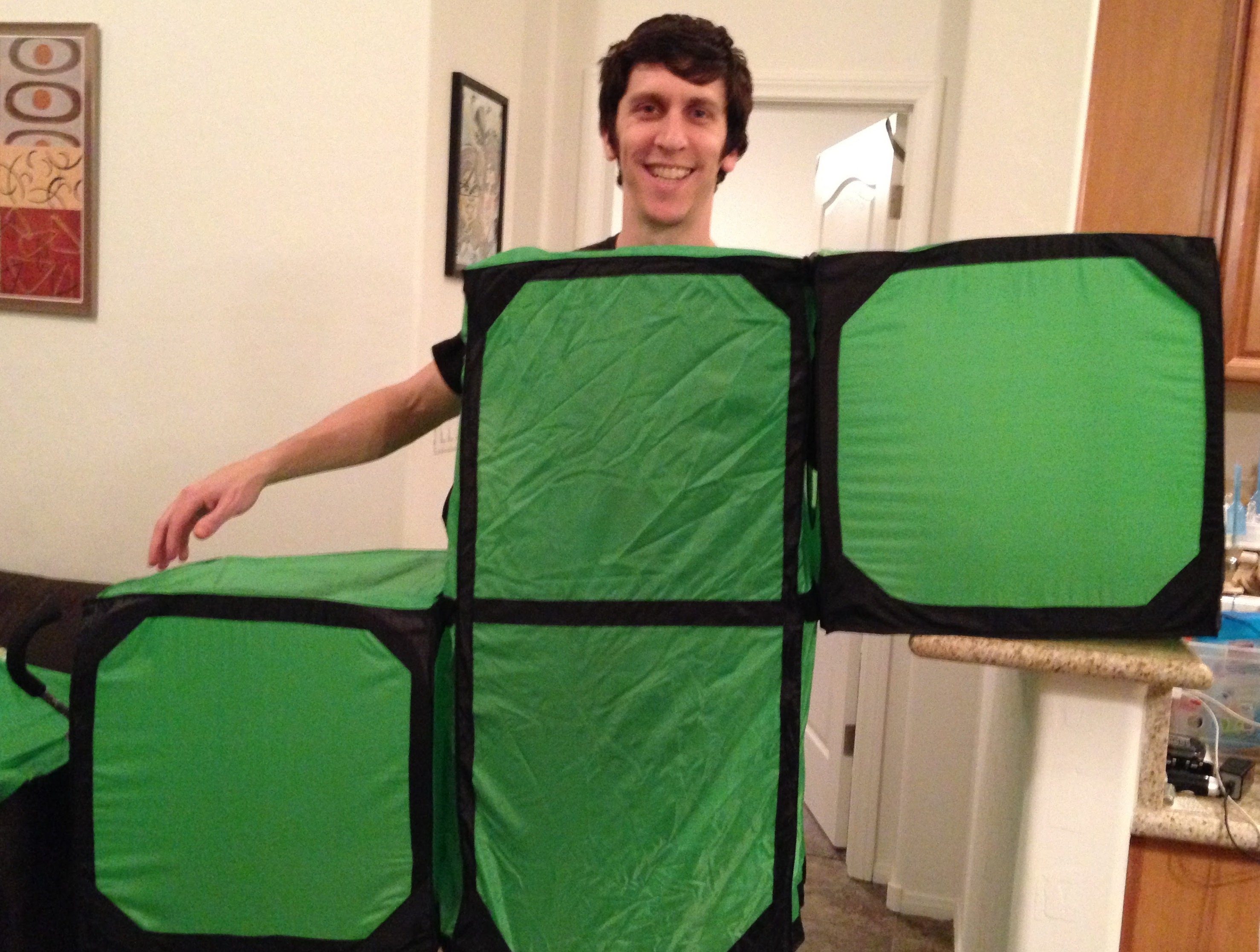 Aiming For Victory at the CTWC - An Interview with Jeffrey Moore

The bright lights, the screaming crowds, and an enormous weight on your shoulders. Do you think you have what it takes to be a Tetris champion? If you put in enough practice, you might be able to secure yourself a spot at the Classic Tetris World Championship (CTWC).

Just know that you'll have to go up against some real Tetris masters like Jeffrey Moore. Jeffrey managed to place 2nd overall at last year's CTWC, and he plans on returning with a bang this year!

We recently sat down with Jeffrey to see what the experience was like, and also get some insight into what makes him a Tetris fan.

Q: How did you first discover your love of Tetris?

A: I started playing around 8 or 9 when the Nintendo was first released, and Tetris was far and away my favorite game. I’ve always found it to be oddly relaxing to play.

Q: When did you feel ready to compete in Tetris tournaments?

A: I think it was 2011 when I watched the documentary Ecstasy of Order: The Tetris Masters, and I knew competitive Tetris was something I wanted to try. I was still in school then, so I ramped up the practice for a couple of years and was finally able to go to my first tournament in 2014, mostly as a bucket list kind of thing. I got hooked, and have been back every year since.

Q: What was your first tournament like, and how did it change the way you participated in future tournaments?

A: It was pretty surreal, with all the competitors, the live streaming, the announcers, and the audience. Top lessons were to bring a controller I was already familiar with, and to wear headphones to help block out noise while playing. Strategy-wise, I saw that the top players knew how to balance aggressiveness with conservative play, a concept I still struggle with regularly.

Q: What’s it like competing in the Classic Tetris World Championship (CTWC)?

A: It’s a good time! There are so many great players involved, that just making the final 32 is a huge accomplishment. The 2nd day is a single elimination, head to head format, which means there will be a lot of really great matchups in every round.

Q: Describe one of your most heated Tetris matches. What made it so intense?

A: I’d say it was playing against Harry Hong in last year’s semi-finals. It was a three game match. I topped out really early to lose the first game, then Harry did the same in the second game. The third game went the distance though. Add in that the winner was guaranteed a prize and trophy, and it was a way more intense environment than I was used to.

Q: What’s your proudest Tetris accomplishment and why?

A: Placing 2nd in last year’s CTWC is way up there, and being able to compete against both Harry and Jonas was amazing. I mean, those guys are legends. I had a pretty lucky run through the bracket until the last round, and it was fun to get to compete against the big names.

Q: If you had to narrow it down, what would you say your biggest Tetris goal is right now?

A: Well, it’d be nice to improve on the 2nd place finish of the CTWC! I’ve also come painfully close to maxing out on a level 19 start, so that’s still on the list too.

Q: Are you planning to compete in this year’s CTWC? If so, are you doing anything to prepare yourself?

A: Yep! My whole family will be coming up to Portland for the Retro Gaming Expo for a mini-vacation and to watch the tournament. My wife Kim will be competing too. We’re not doing too much out of the ordinary to prepare, just trying to sneak a little practice in every day.

Q: What’s your favorite iteration of Tetris, and what version of Tetris do you practice on the most?

A: I only practice on NES Tetris, so it’s my favorite by default.

Q: Are any members of your family huge Tetris fans?

A: My wife has become a pretty big fan of the game, and now she’s become a pretty solid player. We sometimes joke about getting matched up against each other in the tourney. Pretty high stakes there. Who ends up on the couch?

Q: How do you stay focused while competing in a Tetris tournament?

A: I think this is one area I’ve really improved over the past couple years. I have two kids under 3, so I can always count on plenty of distractions whenever I’m practicing. I’d like to coin the phrase “Toddler-Assisted Tetris Training” if I may. If I can just learn to stay focused with tiny humans crawling on me, toddling in front of the tv, or yanking/chewing on the controller cord, then I should be good to go in a tournament.

Q: What advice would you give a Tetris fan who wishes to compete in Tetris tournaments?

A: Definitely get out and do it! It’s a fantastic subculture to be a part of! You’re bound to have a great time and make some new friends, and there’s no better way to get motivated to improve your skills.

Q: If you could create your own Tetris tournament, what would it entail?

A: I think I’ll just use this answer to brag on the crew running the CTWC. They do an all-around amazing job growing and evolving the tournament every year.

Q: Last year, you competed against Jonas Neubauer in the CTWC finals. What was that experience like?

A: Pretty nerve-wracking! I mean, he’s just the best there is at the game right now. I was hoping I could give him one or two competitive games, and not get knocked out too early.

Q: Finally, who do you think you’ll see in the finals during this year’s CTWC? Are you hoping for a rematch with Jonas?

A: This year’s tournament should be really exciting. The competition is getting so strong, it takes really good scores just to make it past the first day. I wouldn’t be surprised to see 1 or 2 new debuts in the top 4 this year. I’d obviously love a rematch with Jonas, but I’d love even more to be in the finals against anyone else (no offense, Jonas)!

We want to extend a big “thank you” to Jeffrey Moore for taking the time to chat with us. We look forward to seeing how things go for him at this year's big show, and we wish Jeffrey the best of luck at this year's CTWC.

It certainly seems like he's ready to finally claim the top spot for himself. The one thing we know for sure is that the competition will be fast and furious. Who knows, maybe a future champion will be watching this year as Jeffrey fights for the big win!

Are you set to be the next big Tetris champion? Start your training now with some free Tetris at Tetris.com!