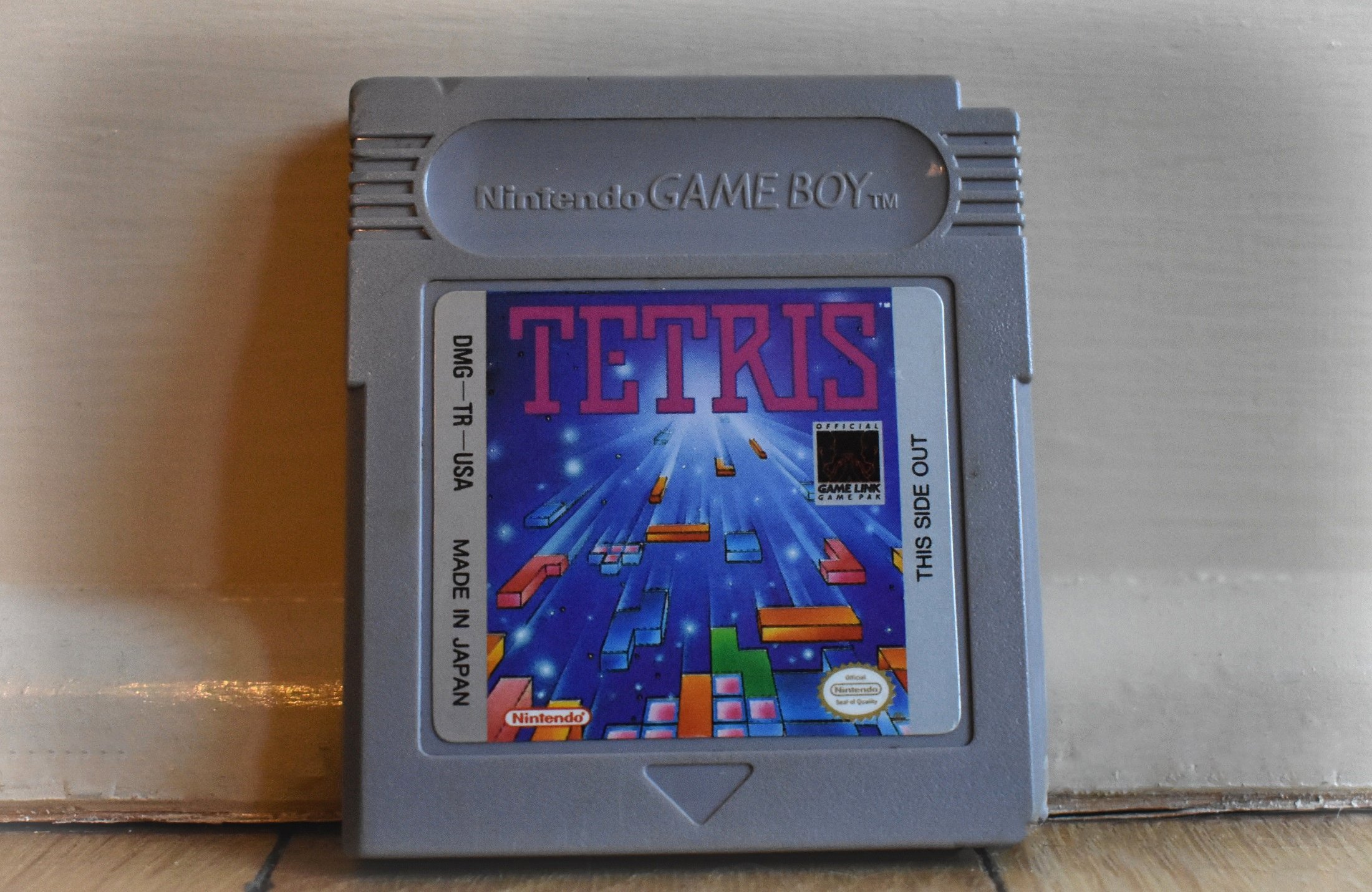 My First Copy of Tetris

I've been playing video games for a very long time. I turned 35 a few weeks back, and it's honestly hard for me to remember a time where I wasn't playing video games. I have fond memories of when I wasn't old enough to be in school, but I was playing video games. My Dad would take me to the arcade, sit me on his lap, and let me control the steering wheel while he pumped the pedals for Spy Hunter.

There's no doubt video games have always been a big part of my life. There are certain moments in my life with games that stand out above all others. A collection of experiences I'll never forget. One of those comes from all the way back in August of 1989. I was 7 years old, and had a bunch of school friends over for a birthday party.

We were all sitting out on our deck, having just come from a swim in the pool. It was time to open presents, and my parents' present was the last one I got. I ripped open the packaging and there it was. One of the best gaming gifts I have ever received. A brand-new Game Boy and a copy of Tetris. At this point in my life, gaming on a portable device wasn't something I could even fathom.

Video games were played in loud arcades, or on the TV in the living room. You had to fight for your time at the arcade machine, or beg your parents for some time on the big screen. The Game Boy represented an opportunity to play any time I wanted. I didn't have to ask permission to use the TV. This was a tiny screen I could take with me everywhere and play any time!

As long as I had the battery power, and a little bit of light, I could game to my heart's content! Little did I know how addictive the experience I had just received was. The Game Boy would give me years upon years of gaming goodness, with literally hundreds of games to choose from. I'd play the latest and greatest from various companies, but those games would eventually get put into storage on a game shelf.

There were a handful of games which I always kept in rotation the entire length of my Game Boy "career.”

While Tetris on Game Boy may seem a bit bare-bones by today's standard, it provided never-ending fun back in the day. It was the perfect companion for the Game Boy. A game tailor-made for the portable device. You could pick up and play for short bursts, or sit for hours and perfect your Tetris play. No matter how many times I fired up my Game Boy, I never once got bored with Tetris.

This became a bit of a problem when my Mom also latched onto Tetris on the Game Boy! She couldn't resist the convenience of being able to play Tetris no matter where she was. Before I knew it, I was fighting my Mom for time with the Game Boy and Tetris! Part of me was so mad when I found her playing my game, but the other part knew exactly why she couldn't put it down!

I couldn't blame her for being so enamored with the game. As the years rolled on, time would give us a solution to our problem. Nintendo would eventually release more iterations of the Game Boy, including a Pocket and Color version. I ended up grabbing both of those, and copies of Tetris for all of them! Now we had three options for playing portable Tetris in our house, which meant no one had to fight for time.

My sister got into Tetris as well, so she scooped up the third option and played alongside us. It was extremely rare to find a moment in our house where someone wasn't plopped down with a Game Boy for some Tetris fun. No joke, all these years later, we still return to Tetris on the Game Boy. My Mom and I both grabbed the original Tetris for Game Boy on our Nintendo 3DS systems.

We even kept around a Game Boy Color for the years where we had no other way to get our nostalgic Tetris fix. There truly is no greater testament to the staying-power and top-notch experience of Tetris on Game Boy.

If this trip down memory lane got you in the mood to get your Tetris fix, click here to play Tetris for free right here on Tetris.com!