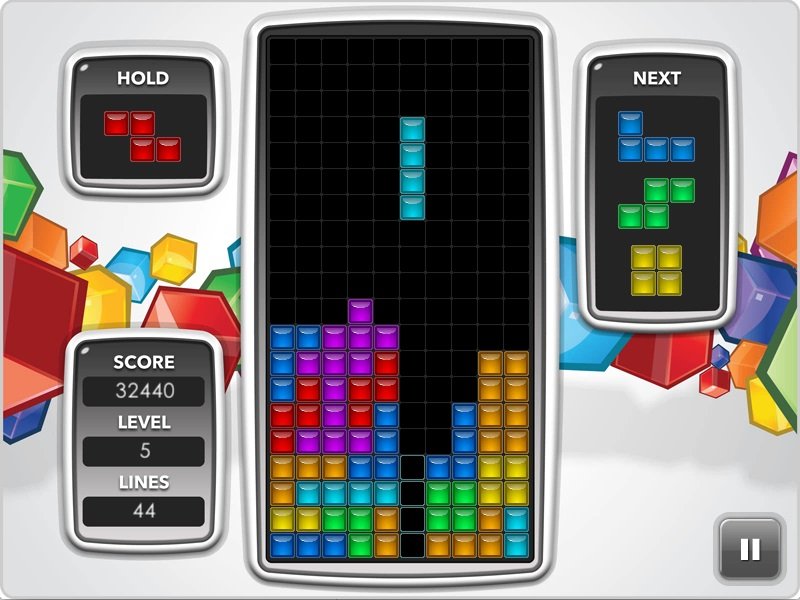 While it might be hard to believe, there are people out there who have never experienced Tetris. They don't know the joys of Hard Dropping a Tetrimino for a Tetris Line Clear. They haven't felt the agony of defeat when topping out the Matrix. Somehow, some way, they've managed to make it through their entire lives without knowing the fun of Tetris. It's time to change that!

Teaching a newcomer how to play Tetris might be quite a test of your patience. It's hard to remember the days when we were all new to Tetris, and watching a newcomer struggle with the mechanics can act as the perfect reminder. The key is making sure you adequately explain these basic steps and rules to get them on their feet.

The first rule to teach a Tetris newcomer is the same rule seasoned players live by. You absolutely have to make sure you avoid the top of the Matrix. If you let Tetriminos reach the top of the Matrix, it's going to be game over. A newcomer to the game has no idea what's going on, so make this your first step in teaching.

The new player doesn't even need to lay their hands on a controller to learn this lesson. Let them watch Tetriminos stack up one on top of the other. They'll eventually reach the top of the Matrix and it'll be game over. This is a great way to show newcomers how important it is to avoid the top of the Matrix. While the rule in and of itself is simple, helping your new Tetris student avoid the same fate can be tough.

Now it's time to teach your student how to keep those Tetriminos from piling up. This is where the bulk of your time teaching should be spent. The newcomer has seen what happens when the Tetriminos reach the top of the Matrix, and now you're going to give them the skills to avoid the same fate.

Start things off extremely simple by clearing a single line at a time beginning with the easiest level in the game. Show how Tetriminos have to fill an entire row of the Matrix before they clear out. Stress the point of not leaving any gaps, as it'll make things more difficult as they play on. Finding the right place for each Tetrimino is the name of the game.

The last of the basic steps to teach a newcomer comes from rotating Tetriminos. Your student now knows they have to clear lines by slotting in Tetriminos. Show them how they can press a button to rotate the Tetrimino in its place to make for a better fit somewhere down in the Matrix.

Watching a newcomer fumble through rotating Tetriminos can be a torturous experience for a veteran. You have to remember to stay positive and encourage them as they play. They're going to make moves which you consider to be totally wrong, and that's okay. They need to learn, and they're only going to do so by making mistakes.

Your student now has all the tricks of the trade. They've learned the basics of how to play Tetris. Now you need to send them on their way and let them figure out the rest on their own. You've given them the guidance they need to become a formidable opponent one day.

Only practice will push them up the ranks to become a successful Tetris player. There will be time another day for you to teach them all sorts of Tetris tricks. Discussions of T-spins and using the Hold Queue are better kept for future lessons. They can't pull off the fancy stuff without getting a firm grasp on the basics. They'll get to those higher levels one day.

You've done more than enough to set them down a path to victory. Let's hope many years from now, they become quite the formidable opponent in Tetris. If you taught them well enough, you might have a run for your money when playing against them! Will they get good enough for the student to surpass the teacher? You better keep practicing so you never find out!

Don't waste any time, continue to improve your Tetris skills by playing Tetris for free right here on Tetris.com!