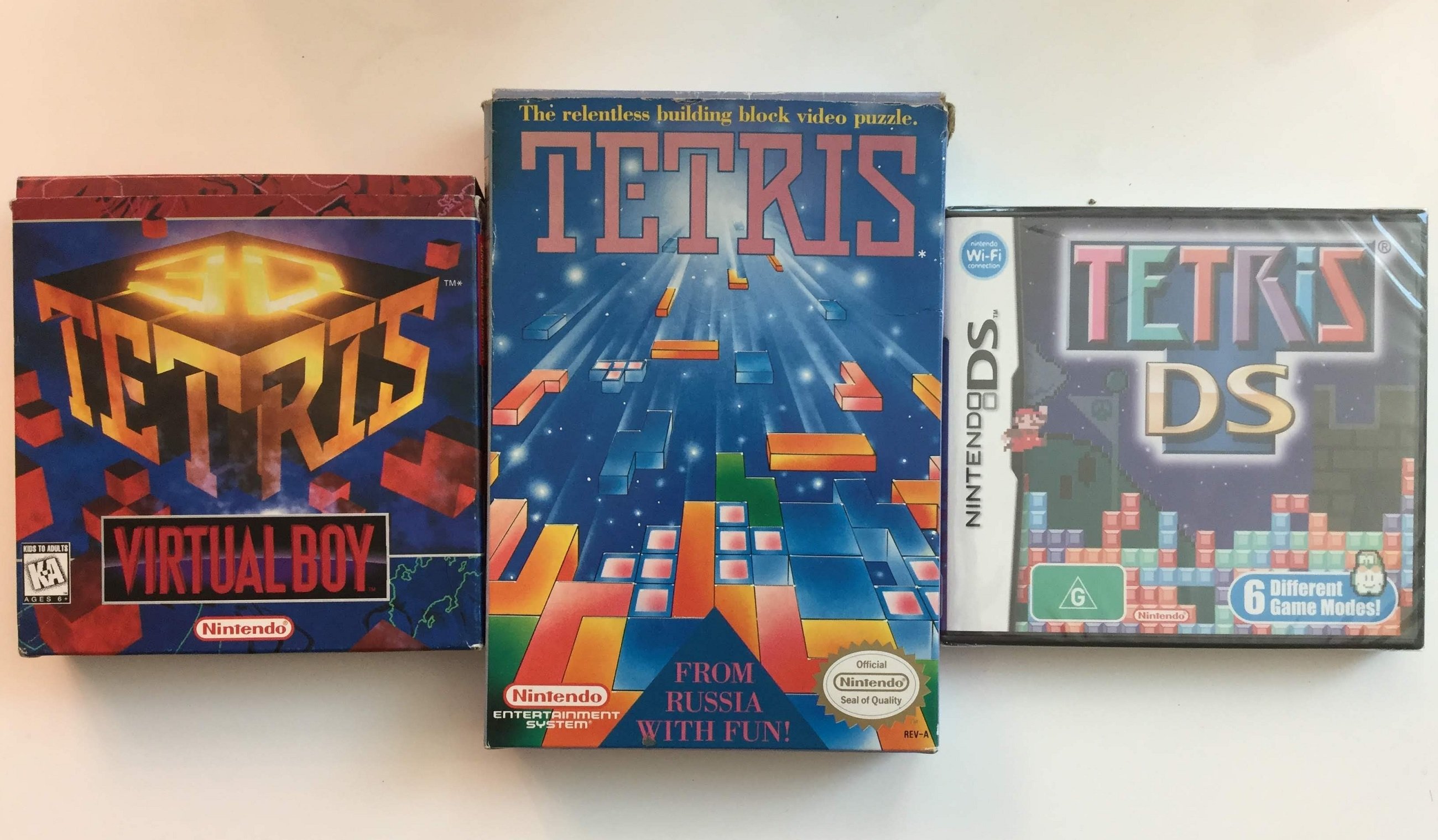 No matter what game consoles you have hooked up under your TV or what tablet you keep on your coffee table, you can rest assured that there’s a Tetris game out there waiting to bring you hours of fun. Tetris has a history filled with all sorts of releases over the years.

In fact, it can be hard to keep track of how many different versions there are! Collectors know this all too well, as they’ve experienced the pain of trying to hunt down some of those Tetris releases!

Wondering which Tetris releases are the hardest to find? Join us in a nostalgic look back at Tetris games that have become quite rare over the years.

Now here's a Tetris game that plenty of people will remember. As a matter of fact, millions had their very first Tetris experience via the Nintendo Entertainment System. Not only did this version of Tetris help to cement the franchise's rightful place in gaming history, it continues to be a go-to game in tournaments like the Classic Tetris World Championship.

With so many people aware of NES Tetris, you may be wondering how it came to be a tough find today. Here's the thing about Tetris on the Nintendo Entertainment System, so many people loved it that they didn't want to give it up! When people would take games to retailers to trade in for credit towards new purchases, they would leave Tetris at home.

It was one of the few NES games they couldn't part with. This meant the second-hand market for Tetris was quite low on stock. To this day, we're willing to bet that quite a few of you have this version of Tetris at home right now!

Virtual reality is all the rage nowadays. All the big names in tech are out to make a name for themselves in the world of VR, including companies like Facebook. Today’s VR finally realizes what many people envisioned for years. It certainly took long enough, as some of us remember early attempts at VR from other companies, and those releases left a lot to be desired.

One of those companies who attempted VR was Nintendo. They created a device called the Virtual Boy, which offered basic 3D visuals using only red and black colors. Unfortunately, the Virtual Boy saw only 22 released games before it was discontinued. Believe it or not, one of those games was 3D Tetris which featured 3D Tetriminos floating through space.

Due to the Virtual Boy only being available for a short time, 3D Tetris remains a game most Tetris fans have never played, and a must-have for any serious collector.

One of Nintendo's most successful video game platforms was the Nintendo DS. It was a dual-screened portable device that took the world by storm. Gamers and non-gamers alike flocked to the system for its unique features and endless supply of fantastic games. No matter what type of games you were into, the Nintendo DS provided plenty of content for you.

Sitting among the best releases on the Nintendo DS, without a doubt, is Tetris DS. Tetris DS combined the worlds of Tetris and Nintendo's franchise characters. Tetris stages were themed with characters like Mario and Luigi, and the game was chock-full of unique modes and all sorts of variety. Fans simply couldn't snatch this game up quickly enough.

As a matter of fact, Nintendo had to request multiple printings of the game after the initial batch. This is because Tetris DS would sell out as soon as it hit retailers, making it a title that was always hard to find. Those of you who did manage to grab a copy back in the day are quite lucky indeed!

How many of these Tetris rarities do you have in your collection? Do you think there's any chance you'd be willing to part with them? I happen to have 3D Tetris, Tetris on the NES, and Tetris DS, and I honestly don't care what anyone would offer for them. I'm never parting with my treasured Tetris collection! The good news is that Tetris on Tetris.com will never be hard to find, as it's available to play 24/7. It also happens to be free!