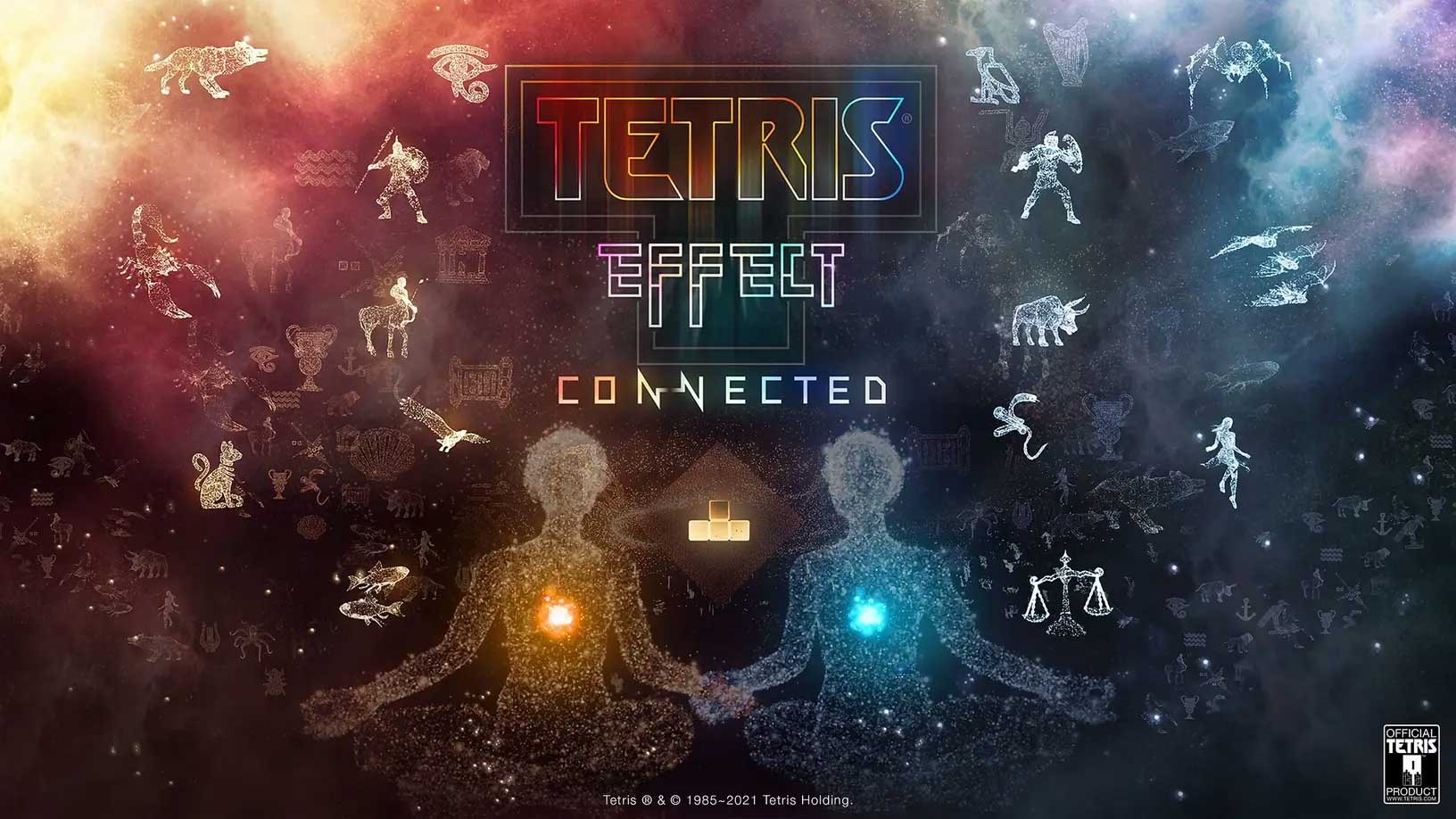 That’s right, Tetris fans, the wait is almost over. This July, all Tetris Effect owners will have the opportunity to download a free update that will transform their game into (dum dum daaaa!) Tetris Effect: Connected!

What does that mean, exactly? Well, a bunch of awesome local and online multiplayer modes, mainly, but also a lot of other new features, some of which we are announcing today, here for the first time. Read on to find out more, including your chance to take part in the beta test!

(As you read, just remember: All the following modes are fully playable on a standard screen, or optionally on PS VR—highly recommended if you’ve never tried it! And while Tetris Effect is a dedicated PlayStation 4 title, everything is of course playable on PlayStation 5 as well via backwards compatibility.)

Ok! First up, a quick primer on our multiplayer modes:

Connected
Form a three-player team to try and defeat A.I.-controlled Bosses (or player-controlled Bosses, during the Full Moon 24-hour event every weekend)—connect your Matrices as you all enter the Zone and clear Lines together to deal massive damage.

Zone Battle
A one-on-one competition played with standard Tetris Effect settings, with the key to victory being adept use of the time-stopping Zone mechanic. This mode is a great way to test out the skills you’ve built up in single-player.

Score Attack
Another one-on-one competition played with standard Tetris Effect settings, only here no Line Attacks are exchanged. If your score is higher than your opponent’s when both games end, you win. Think of it as “single-player competitive Tetris.”

Classic Score Attack
A one-on-one score attack competition played using old-school Tetris settings, so no Hard Drops, no ability to Hold a Tetrimino, only one Tetrimino shown in the Next Queue, Tetriminos spin a bit differently—they Lock Down immediately when they touch a surface, etc. This unforgiving version of Tetris is what’s used for pro competitions such as the annual Classic Tetris World Championship.

Sounds good? It gets better—check out these added features, new to all versions of the game with this update:

Cross-Platform Play
Invite PlayStation friends to Multiplayer matches directly as always, or share the four-digit alphanumeric Room ID code to challenge friends on whatever platform they game on! (If you’re a streamer and want to keep out uninvited guests, don’t worry — you can easily opt to hide your Room ID from the UI). And unless you opt out of it via the Options, Ranked Matches will also bring in players from all platforms, all over the world, for a larger player base and better chance you can get matched with an opponent near your skill level.

Spectator Mode
Only available in Friend Matches, game sessions can include between four to six (depending on the game mode) spectators who can watch and even emote in real-time (via the right stick) along to the action.

PAL Speed (Classic Score Attack Mode, Friend, and Local Matches Only)
This Classic Score Attack mode option recreates aspects of the beloved European version of the old 8-bit game—the pieces move left and right slightly faster, the kill screen hits at level 19 (compared to level 29 in the NTSC version), and other nostalgic details are all included.

Slow Speed (Zone Battle Mode, Friend and Local Matches Only)
This aptly-named option plays slower due to increased entry delay (i.e. the time between when a Tetrimino locks into place, and when the next one enters the Matrix) and slightly slower Tetrimino movements. This means a whole new challenge for Zone Battle pros, who must now use a different strategy altogether since they can’t rely on just raw drop speed any more.

(Search for Tetris Effect: Connected Beta Test at PlayStation Store to download it on PS4. The beta will be available to all owners of Tetris Effect until July 5, 11:59pm PDT; a PlayStation Plus subscription is required to play any multiplayer mode online in both the beta and final versions of the game; finally, please note that progress made in the beta will not transfer over to the main game.)

Thanks for reading and have fun!

HAMSTER Co. is happy to announce that Tetris The Grand Master will be released for Nintendo Switch and PlayStation4 on December 1st, 2022, available digitally for Arcade Archives series by HAMSTER.

Enhance and Limited Run Games Team Up for Physical Release of Tetris Effect: Connected on Nintendo Switch, Xbox and PlayStation 4