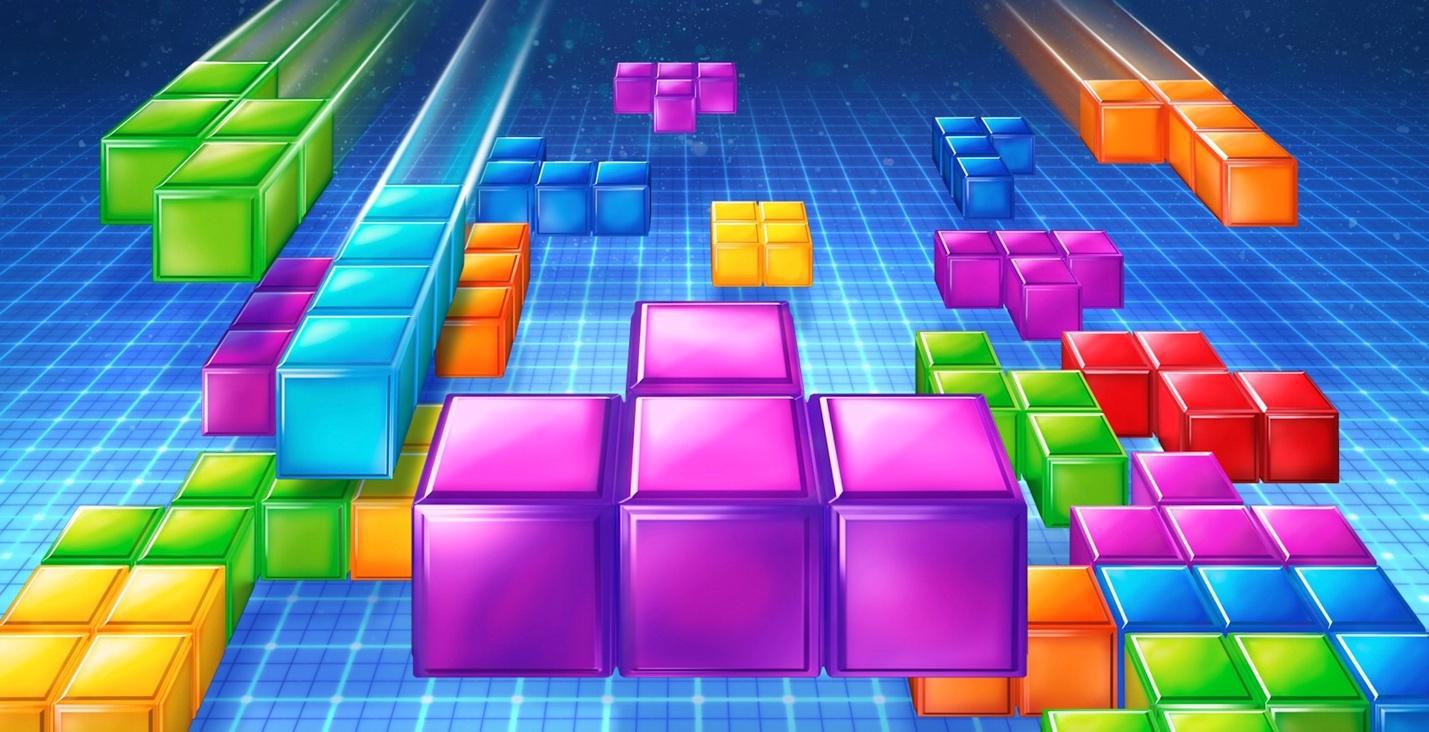 Tetris Lingo Every Player Should Know

Imagine this… you meet up with some friends for a fun little Tetris competition and they start using words such as Hard Drop, T-Spin and Matrix. You panic, because you don’t know what any of this means, and they’re about to catch on at any moment.

Don’t worry. We’re here to fill your brain with a generous helping of Tetris lingo. By the time you’re done with this article, you’ll know the difference between a Hard and Soft Drop, and pull off T-Spins like a pro. Who knows? Maybe you’ll teach your friends a thing or two.

Tetrimino: Behold, the iconic shapes that appear in Tetris! At first glance, it might seem like there are only five Tetriminos, but if you take a closer look, there are actually seven! This is because mirror images of the Z and L-Tetriminos are considered their own unique shapes, complete with different colors. The seven Tetriminos include the O, I, T, L, J, S, and Z shapes.

Mino: One of the four squares that make up a Tetrimino. In order to construct a proper Tetrimino, the Minos must connect completely on at least one of their sides.

Matrix: This is the space on which the Tetris game is played. Tetriminos fall from the top of the Matrix, and then players turn and move them into their desired places at the bottom.

Lock Down: This is when a Tetrimino is put into a position where it’s no longer moveable. It usually takes a few milliseconds before the piece is secured, giving players the opportunity to move shapes into tighter spaces.

Line Clear: The act of completely filling a row horizontally and having it removed from the Matrix. These can be combined to clear multiple rows at the same time. Afterward, the rows above move down to take their place.

Hard Drop: Dropping a Tetrimino from its current position directly into Lock Down. Experienced players use this during slower levels to speed up gameplay.

Soft Drop: Dropping a Tetrimino from its current position at an increased pace. This doesn’t result in a Lock Down, but is often used by players to put Tetriminos into place faster.

T-Spin: The act of setting a T-Tetrimino down and then rotating it into a slot shaped like a T-Tetrimino before Lock Down occurs. This move can range from easy to difficult, depending on the position of the space you want to place the T-Tetrimino in.

Combo: The act of executing line clears one after another. It only counts if they are done consecutively, and the longer the combo chain is maintained, the more points you’ll receive.

Tetris Line Clear: Using the l-Tetrimino to clear four lines at the same time. This will award the player with a lot of points, and is the most popular line clearing technique in the game.

Now you know some of the most popular words from Tetris. The next time one of your friends needs some tips, you can say something like, “It’s better to Soft Drop right now. That’s the best way to line clear.” Mic drop!