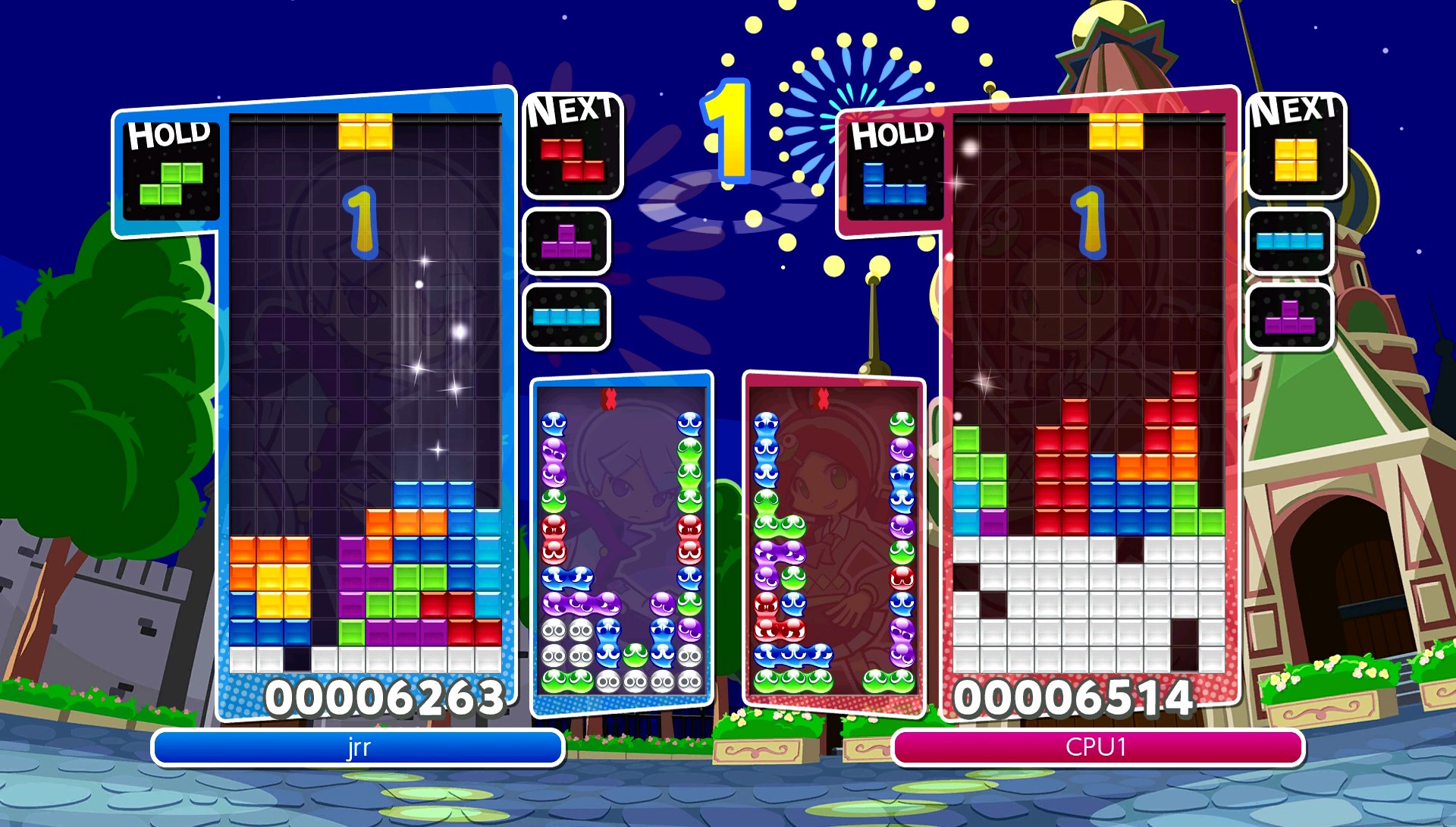 Tetris - What is Garbage and How Do You Get Rid of It?

While playing different versions of Tetris, you’ll inevitably come in contact with “garbage”. In Tetris lingo, garbage is when randomized lines of blocks appear at the bottom of your Matrix. Think of garbage like Tetris spam sent by your opponent in multiplayer. Garbage often appears in grey or white, which is in stark contrast to the colorful Tetriminos we’re familiar with.

Garbage is often the result of pulling off Back-to-Back Tetris moves and combos. You have the option to do the exact same thing by performing these moves in an effort to manage your Tetriminos and defeat your opponent. You may not even realize you’re sending garbage until you look over and see your opponent struggling to avoid his or her demise.

The sole purpose of sending garbage is to push your opponent’s Tetriminos up to the top of the Matrix, resulting in a loss. The more garbage a person sends, the higher up the lines and stacks rise, making it harder for your opponent to clear things out of the way. Basically, you want to send as much garbage as possible while avoiding and/or clearing garbage on your side.

OK, so how do you deal with garbage? The best way is to quickly analyze how much of it is in your Matrix, and its structure. When I say structure, garbage is comprised of randomized lines of blocks. In most Tetris games, these lines have at least one gap in them. However, some versions have solid lines of garbage.

If your current arrangement of Tetriminos is too high up the Matrix, you’ll need to prioritize clearing your current lines before cleaning up the garbage beneath.

If you’re not careful or quick enough, you could receive another wave of garbage and lose the match. It’s better to clear lines to put distance between you and the top of the Matrix.

If you’re able to clear your stack with Back-to-Back Tetris combos, you can then use that growing momentum to increase your score and send more garbage to your opponent. In the best case scenario, you get the satisfaction of quickly cleaning up the garbage while sending lots of it to the other player.

Eventually, one of you will slip up with a misplaced Tetrimino. In that moment, your opponent could drop in the coveted I-Tetrimino and slam you with a final, match-ending wave of garbage. So, you want to be extremely careful when dealing with garbage, and keep a watchful eye on your opponent.

When used tactically, garbage can be a great asset for that final push towards victory. Good luck, and make your opponents pay for their mistakes!